Radu can you added too the rules saying that factions can't claim land in creative world?
Also I am trying to make a plugin that put warnings on factions
_________________

There are a lot of cases in which factions have claimed land in creative. Sometimes new players claim their plots in creative because they are afraid somebody else will claim it instead. Then others, have just claimed land in random places. Yesterday, there was a players whose plot was claimed by a faction, and she could not build on her plot. Eventually I got an admin to declaim it, but it took a while.

This whole thing is a pain. I am tired of dealing with this. 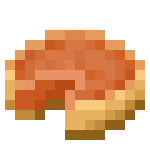 Thanks its getting really annoying. How are they getting land claimed?

I've made about 50 plugins for my server that i play on with 4 of m friends. If you need help i can help.

Similar topics
» The Factions of RG